Unexpected, but Pleasant Surprise from Windows 7

I installed a trial copy of Windows 7 Enterprise on a spare 2.5” hard drive on a Dell Precision M4300 that I use at work, but I knew I couldn’t use it as my main OS yet so I removed the hard drive and set it aside. Today, I prepared for a clean install, and backed up the Dell Dimension 3100, one of our home computers. It was a perfect time to test out Windows Home Server’s restore capabilities. I thought I’d temporarily restore a backup from the WHS directly onto a spare hard drive. In case the old Vista install was needed, it could still boot from the spare hard drive. I happened to hook up the same hard drive with the Windows 7 Enterprise install from the M4300, and accidentally bypassed booting to the WHS Restore CD. Uh oh! At that point, I was just waiting for the computer to restart or show an error. Surprisingly, Windows actually booted all the way. After logging in, it presented the desktop. Great! I opened the Device Manager, and check the “Unknown Devices,” and in a few minutes, the drivers were installed. The mouse and keyboard worked as soon as the login screen was shown. The sound card, Bluetooth dongle, and network adapter worked right after the proper drivers were found. 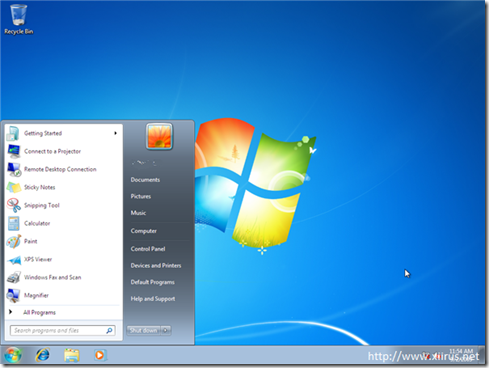 Wow! XP definitely didn’t do that. Whether Vista is capable of the same thing, I don’t know. Whether this is just a fluke, I also don’t know. I still think this is pretty amazing. I don’t have a screenshot to show it, but I actually restarted the machine and got the Aero UI at the right resolution.

Posted by Carlo Mendoza at 1:04 AM
Permalink • Trackback URL